Avast is a well-known cybersecurity brand, popular for their free antivirus software. And if you use their antivirus, you’ve probably been bombarded with ads and notifications for their Secureline VPN service.

In fact, it seems almost every antivirus company is hopping on the VPN bandwagon, trying to cash in on an easy upsell and high margin product. But these antivirus-owned VPNs often come with tradeoffs, noteably:

So is Avast Secureline VPN a good choice for torrenting, filesharing and similar VPN uses?

Our review explores the real-world performance and privacy of Avast’s VPN service, as well as some solid alternatives.

Secureline does technically allow torrents, which they limit to designated p2p servers. Users have reported that torrents are blocked on all other servers, suggesting that Avast may filter or inspect your VPN activity.

Avast launched their VPN service a little over five years ago, and advertised it primarily as an upsell to their antivirus customers. They offer either a single-device or 5-device subscription.

Avast is headquartered in the Czech Republic, which is not a five-eyes or 14-eyes surveillance country (good). They do, however, co-operate with Five-Eyes nations, and may hand over subscriber data if requested.

Additionally, ISP’s in the Czech Republic can be required to block certain websites.

Secureline is the only mainstream VPN company headquartered there. Most competitors opt to incorporate in a country with stronger privacy laws (like Panama) or better legal protections (USA).

I was pleased to discover that Avast is very clear about their BitTorrent policy, stating:

The only requirement is that you must use one of 8 p2p-enabled server locations:

Interestingly, three of these are in the USA and one in the UK which are locations where many competitors try to avoid p2p connections. I suspect they may be redirecting p2p traffic behind the scenes to a torrent-friendly location (several VPN companies use this technique).

Note: If they are redirecting torrent traffic (theorized), it would explain the slower download speeds (discussed later).

Our reviewers closely read the privacy policy of each VPN, because this is a legal document stating what information they do (or don’t) record about your VPN usage.

Secureline VPN does keep connection logs, which may include IP addresses.

In other words, you aren’t very anonymous while connected to their service.

Warning: Any logs that include IP addresses and timestamps are enough to identify a bittorrent user from their public swarm IP address. Avast’s connection logs make them a bad choice for p2p. There are much better options available.

So is Avast VPN safe for torrents?

As far as security goes, the software provides stable VPN connections using bank-grade encryption. But that’s just the minimum you expect of a VPN service.

Even though they specifically allow p2p connections, Avast’s privacy policy leaves a lot to be desired. Their make extensive use of connection (metadata) logs which contain enough information to identify users based on their public bittorrent history.

They also block p2p connections on most servers, including those located in torrent-friendly countries.

Verdict: Since there are much better alternatives available, and we don’t recommend using Secureline VPN for BitTorrent.

All plans come with VPN software that makes it easy to connect to any of the 33 countries with server locations. The software itself is about average for the industry, providing a standard feature set without many extras.

Considering we review VPNs on a wireless gigabit (1000 mbps) connection, this is a disappointing result. Several competitors, like the alternatives below are capable of better than 100 Mbps.

Compared to Avast, PIA’s privacy is much better (they don’t record any metadata logs). In our testing, PIA crushed Avast VPN’s speeds and the software is way better.

PIA is a favorite choice for bittorrent users, and I’ve personally subscribed for over 7 years.

NordVPN is a relative newcomer, but just as popular as PIA. They’re based in Panama (a privacy haven) and fully allow torrents on their servers.

Their software is included free, and works with Mac, iOS, Android and Windows.

Favorite Feature: Unlike most VPNs, Nord works well with Netflix and circumvents their VPN-blocking technology. You can even watch USA Netflix from outside the country. It also works with 50+ other streaming services.

NordVPN and Secureline have comparable speeds, but Nord is more torrent-friendly and unblocks streaming services like Netflix (Avast doesn’t). You also get better security with Nord (two kill-switch modes) and special-purpose servers like double-encryption.

And with plans starting under $4/month, NordVPN is a much better value too!

Yes, their service provides industry-standard encryption and security. All connections will be routed through a practically unbreakable encrypted tunnel using the ciphers trusted by the U.S. military.

What torrent clients does it work with?

You can use Avast with any major torrent client. uTorrent, Vuze and QBittorrent are all good choices. Vuze even has a feature that will bind your connection to your anonymous IP address for even better protection.

How Fast is Avast VPN?

In our testing, speeds were acceptable but not great. 25-75 Mbps would be a typical range (depending on your connection speed).

Does it include a SOCKS Proxy?

No, Avast doesn’t bundle a SOCKS proxy with their VPN service. Private Internet Access and NordVPN both throw in free SOCKS service, which can add an extra IP-hop inside your torrent client.

Yes. The Avast’s software routes your traffic through a remote server, giving you a new virtual IP address. This hides your ‘real’ IP from websites and torrent peers. 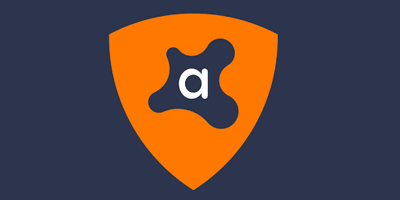