Hidemyass Pro VPN is no longer a good choice for torrenting or other high-privacy VPN uses (and frankly it never was a good option).

This article will cover the top reasons I believe Hidemyass is bad for torrenting, as well as recommending our favorite Hidemyass alternatives for BitTorrent, P2P and Kodi users.

Hidemyass VPN was founded by teenager Jack Cator in 2005 using open-source VPN software. It eventually grew into one of the most popular VPN services in the world thanks to it’s catchy name, solid software, and aggressive marketing.

However one area where Hidemyass failed to innovate along with the rest of the VPN industry was their logging policy, which over much of their history kept session data for a reported 6 months.

In 2015, Privax Ltd. (The parent company of Hidemyass) was acquired by AVG, the Antivirus giant. In our opinion, the quality of Hidemyass has mostly gone downhill since then, and their market share has dwindled as a result.

Don’t get me wrong, Hidemayss has some redeeming qualities (just not for torrent privacy).

Historically, Hidemyass has sent their customers mixed messages on whether torrents are allowed on their network.

On the one hand, Hidemyass’s website has several setup tutorials for bittorrent clients, as well as how to use Vuze’s IP-binding feature to prevent IP leakage.

But anecdotally, there are stories all over the internet (especially Reddit) about HideMyAss cancelling accounts for torrent activity. Here are two different examples.

Hidemyass’s website doesn’t have a dedicated page about their BitTorrent/p2p policy like most VPN providers do. Instead, we had to build a picture of their p2p policy by searching their support pages and customer Q&A.

Here’s what we learned:

The real reason to avoid Hidemyass (they keep logs)

Most of the Best VPNs for Bittorrent/p2p are what’s known as ‘zero-log’ or ‘no-log’ VPN services, meaning they keep no records of VPN activity or even metadata about your connection history (ip address, time connected, etc).

The reason is simple: torrent activity is usually tracked by your public ‘torrent ip-address’, which is visible to all peers in your torrent swarms. If a VPN keeps no logs, it’s impossible to determine who was using a certain vpn-assigned IP address, so a no-log VPN provider really cannot identify specific torrent users, even if they wanted to (which most don’t).

Related: Read our ‘Safe Torrent Guide’ and learn how torrents are tracked/monitored (and how to remain anonymous)

What logs does Hidemyass keep?

…We will store a time stamp and IP address when you connect and disconnect to our VPN service, the amount data transmitted (up- and download) during your session together with the IP address of the individual VPN server used by you…

and how long they keep it for:

…This data is stored on our system for between 2 and 3 months unless we are required, for legal reasons or under exceptional circumstances (including our own investigations of fraud or abuse), to retain this data for an extended period.

To be clear, they don’t actually monitor your VPN activity or the contents of your browsing history, but IP-address logs can be enough to identify individual bittorrent users. If you use bittorrent frequently and would like to keep your torrent history private, the best option is a non-logging VPN service that allows torrents.

The advantage of a non-logging VPN is simple. It provides more privacy and anonymity than any VPN provider which keeps connection/meta-data logs (like Hidemyass).

Connection logs consisting of timestamps and incoming/outgoing IP addresses can easily be used to reconstruct your torrent history by a 3rd-party torrent monitoring agency.

Here’s why a non-logging VPN is ALWAYS better for torrents:

And those are just the highlights. Check out our list of the most torrent-friendly VPNs in the world for a full ranking.

Here’s our list of the ‘Best Hidemyass Alternative’ VPNs.

They were selected based on several criteria including:

Here’s the shortlist of our top picks better for torrenting than Hidemyass. We’ll also provide a detailed look at each provider in the sections below.

NordVPN takes the #1 spot as the best Hidemyass alternative because it leads the competition in several key features:

Try NordVPN Risk-Free: All NordVPN subscriptions come with a 30-day, 100% refund policy allowing you to try their service for a full month. Try NordVPN now »

If speed is your main concern, look no further than IPVanish. They’ve topped our VPN speed tests most years, and consistently deliver north of 50Mbps on nearby servers (results may vary).

They’ve been a zero-log provider since 2014 and have proven a solid choice for BitTorrent users. All plans also include unlimited usage of their zero-log SOCKS5 proxy which adds an (optional) extra layer of privacy in your favorite torrent client.

Private Internet Access is the go-to VPN for more torrent downloaders than any other provider (at least by our sites visitors).

They were one of the first ‘zero-log’ VPN providers, and they’ve show time and time againthat they take that commitment seriously.

Proven Logging Policy: PIA actually beat the FBI in court, proving that they didn’t have any logs metadata to share.

With unlimited bandwidth plans starting at $3.99/month (1 year subscription) PIA is a bargain. They’ve been one of our favorite providers since the beginning.

And every VPN subscription includes access to their zero-log SOCKS5 proxy in the Netherlands. This works great for fast, anonymous torrenting. We have setup guides for uTorrent, Vuze, QBittorent, & Tixati.

Hidemyass is a solid VPN provider (and reasonably priced after their latest price drop) but they aren’t the dominant force in the marketplace they were a few years ago.

Most of the large VPN companies (and smaller newcomers) have adopted a non-logging privacy policy (or at least claim to). But Hidemyass has been slow to adapt, and their marketshare has dwindled as a result.

If you plan on using your VPN service for torrenting, file-sharing, or other activities where your anonymity is important, you should probably look at other options besides HMA. 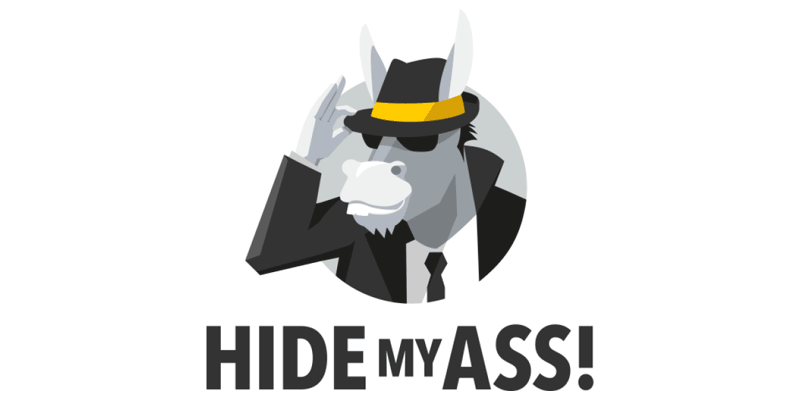